Verdict of ‘accidental death’ at Inquest into the death of Blackberry Hill inpatient, Christopher Dunning

The Jury at the Inquest into the death of Christopher Dunning, a mental health care inpatient at Blackberry Hill hospital in Bristol who absconded during a period of unescorted leave and was later found dead at an address in Weston-super-Mare on 28 January 2018, has returned a verdict of accidental death. The Inquest opened on 1 July and concluded on 5 July.

The post-mortem (on 25 June 2018) found a mixture of illegal substances in his body and registered the cause of death as combined drug intoxication. Alan Dunning, Christopher’s father, said the family were pleased by the verdict, as it validated their long-held concerns about the care Christopher had received. The jury recognised the Trust’s failure to review and reconsider the type of leave Christopher should be permitted following changes to his medication and several other factors, and that it was therefore “inappropriate” for the deceased to be allowed to leave the unit unescorted on 26 January 2018. The Inquest was headed by Assistant Coroner Dr Peter Harrowing at Avon Coroner’s Court.

Christopher, who was 31 when he died and was originally from Kent, had a long history of mental illness. He had been diagnosed with schizophrenia, a fact which was well documented. In November 2016, he was transferred to a psychiatric care facility from HMP Guys Marsh prison, where he was serving a sentence for breaching bail conditions. On 22 December of that year, he was moved to Fairfax Ward in the Wickham unit at Blackberry Hill hospital, which is run by Avon and Wiltshire Mental Health Partnership NHS Trust. The deceased’s father, Alan Dunning said, “We found the level of care that Christopher received on Fairfax Ward to be very good. It was the first time in years that his schizophrenia was being recognised and he was receiving the medication and treatment he needed. Initially, we had no cause for concern in the way he was being cared for.”

Things began to change when Christopher was permitted escorted leave as part of his rehabilitation in June 2017. Between June and October 2017, he absconded three times. On two of these occasions, he was found to have taken illegal substances; on another, he drank a bottle of whisky. During this period, incidents of self-harm, auditory hallucinations and angry outbursts were recorded by hospital staff. His leave was suspended and then reinstated following a period of stability.

On 11 January 2018, plans were put in place to increase Christopher’s unescorted leave, in spite of an incident involving an altercation with another patient. Around this time, Christopher had also expressed a desire to throw himself off a bridge.

On Tuesday 23 January, Christopher rang Alan in a state of agitation. He was in a bad mood, irritable, and expressed his intention to run away. Alan called Dr Taylor, the Consultant Rehabilitation Psychiatrist overseeing Christopher’s care, and immediately wrote a letter to the hospital informing them of his conversation with Christopher. He said he thought it inadvisable to allow Christopher overnight leave. Christopher’s psychiatrist said his mood and irritability might indicate that one of his medications, methadone, was being reduced too quickly. He was also on a new medication, which she said may cause changes to his mental state. Both Dr Taylor and the Trust have since denied that Alan called or that they received a letter.

On Thursday 25 January, Christopher had a period of unescorted leave accompanied by his mother. On his return, he was reported to be in a cheerful mood, and so hospital staff were happy to grant him further unescorted leave the following day. In the morning, he took unescorted ground leave and went for a walk in the hospital grounds. That afternoon, he requested and was granted two hours of unescorted community leave to visit the local shops. When he had not returned within the allotted time, the hospital notified the police. Christopher’s body was found two days later on 28 January 2018, at a friend’s flat in Weston-super-Mare. He had suffered a fatal overdose. 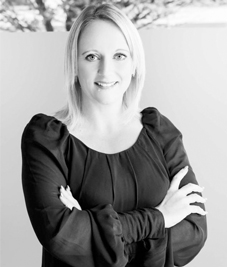 Speaking after the Inquest, Madeline Seibert, Partner and Head of our Medical Negligence department, said that Christopher’s family had always believed there to be failings in his care at Blackberry Hill hospital that needed to be accounted for. She said, “Christopher’s father registered his concern about Christopher being granted unescorted leave in January 2018 from Blackberry Hill hospital, which had assumed responsibility for his safety and welfare, in light of his history of drug abuse and the recent changes in his mental state and medication. The family wanted to know why Christopher continued to be permitted unescorted leave into the local community when they thought he was vulnerable and a risk to himself. His methadone and clozapine medications were being reduced in addition to the introduction of a new drug. The Trust was aware that the medication changes may elicit changes in his mental state. The family saw failures in Christopher’s care at the hospital which contributed to the circumstances enabling him to abscond, and to his subsequent death.”

Following the announcement of the verdict, Christopher’s family said they were pleased that the Jury had recognised their concerns. Alan said “I told Chris’s doctor that I didn’t think that unescorted leave was the right thing for Christopher, and I felt that nobody was listening to me. I keep thinking that if he hadn’t been allowed to leave the hospital unescorted, my son might still be alive today.”