Local residents are delighted to have received a letter from Secretary of State for Housing, Communities and Local Government, James Brokenshire, upholding Hertfordshire County Council’s decision to refuse planning permission for a quarry at Bengeo Field, Hertford.

Had the project gone ahead, it would have involved the phased extraction of 1.75m tonnes of sand and gravel and required a mobile dry screening plant, weighbridge, wheel cleaning facilities, site offices and a new access point onto Wadesmill Road. The proposed site, on the edge of the town, would have been operational from 7:00 to 18:00 Monday to Friday, and 7:00 to 13:00 on Saturdays, with estimated lorry movements amounting to an average of 80 per day. It would have also been positioned next to a school.

In his decision, the minister backed the local group’s views that the proposed project represented a major threat to water supplies, loss of amenity and would have considerable impact on local residents. He also recognised that loss of agricultural land would have been a major factor.

The Secretary of State endorsed the view that the proposed scheme could have caused groundwater pollution, which would harm the aquifer underlying the site and the dependent public water supply and have an adverse impact on the natural environment. In his overall conclusion, he considered that the scheme was not in accordance with planning development policies relating to the location, character and appearance, living conditions, amenity and hydrogeology.

In order to focus their objections on legally-admissible planning points, the campaign group sought help from our Head of Town and Country Planning Law, Salvatore Amico. He was instrumental in helping them present their findings, including their hydrogeology research findings, in a compelling way that was accepted and acted on by the Inspector at the appeal hearing. 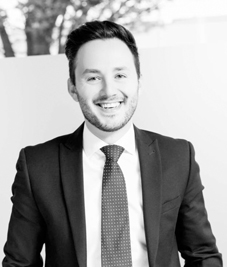 Commenting on the result of the appeal, Salvatore Amico said: “The Stop Bengeo Quarry group and I are delighted with the outcome of the appeal. The group has been fighting this proposal for three years, and I have been advising for one and a half years, throughout the public inquiry phase. We were successful because we were able to put together a solid case backed by compelling factual evidence and supported by strong arguments based on our in-depth understanding of current Planning Law.”

Campaign lead Aska Wisniewska-Pickering said: “We are all delighted with the outcome of the appeal, and would like to thank Salvatore for helping us mount such a strong and powerful argument against a scheme that would, if it been allowed to go ahead, have had devastating consequences for the local environment. Salvatore and I would also like to thank our barrister Katharine Elliott of 4-5 Gray’s Inn Square for being such a powerful and persuasive advocate on our behalf at the inquiry. The Stop Bengeo Quarry Campaign was very fortunate in receiving so much support, expertise and commitment from so many in the community. We would like to thank everyone who supported us in achieving this fantastic result.”

Campaigners hope that this appeal decision by the minister will establish principles and provide ‘a material consideration’ that can apply in the determination of other cases that may arise locally.