Post-operative care provided to a patient at the Lister Hospital in Stevenage was heavily criticised by the coroner following an inquest hearing at Hatfield in April. The East & North Hertfordshire NHS Trust apologised for the serious shortcomings, which had also triggered a General Medical Council investigation into the actions of a senior doctor involved in the case. 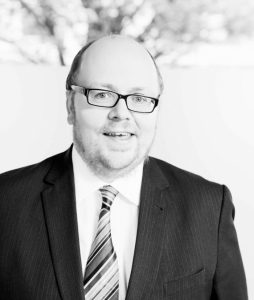 In late 2016, Taruna Soneji, from Letchworth, was admitted to the Lister Hospital after suffering abdominal pain. Elective surgery was performed with no apparent complications, but there was in fact a serious post-operative problem that initially went undiagnosed. Tragically, 68-year-old Taruna died four days later, following a belated remedial procedure that proved unsuccessful.

The consultant surgeon later confirmed that the surgery to remove Taruna’s gallbladder had gone to plan and that she seemed normal on the morning after the operation. During the afternoon, however, she became very unwell and attempts to contact senior surgical staff at that time failed. There was then inadequate communication about the patient’s condition when night staff took over. Late that evening, a junior doctor was able to consult a senior colleague, who requested blood tests.

There followed a failure urgently to review the blood test results fully, which with other markers could have pointed to the likelihood of substantial bile leakage and prompted appropriate rapid intervention. In the event, an estimated litre of bile had accumulated by the time an emergency operation could be undertaken to remedy the uncommon complication, which was nevertheless quickly identified by Taruna’s consultant surgeon once presented with her symptoms and results.

Sadly, the further intervention did not secure Taruna’s recovery, as multiple organ failure ensued. In his findings on this tragic outcome, senior coroner Geoffrey Sullivan said that there had been gross failings in the post-operative care provided at the Lister Hospital by the NHS trust. He believed the likelihood was that more diligent and timely escalation of the medical response to Taruna’s deteriorating condition would have saved her life.

“The family of Taruna Soneji asked Attwaters Jameson Hill for help investigating her tragic death whilst she was recovering from an operation to remove her gallbladder in December 2016,” explains Solicitor Ivan Moody of the firm’s Medical Negligence team. “The family had been working extremely hard to find out why Taruna died whilst in the care of Lister Hospital, but needed the help of a specialist team of lawyers to assist them through the inquest process.

“At the Inquest on 19th April 2018, the coroner entered a narrative conclusion which included failures to calculate the NEWS (National Early Warning Scores) properly, escalate to the appropriate doctor(s) and undertake a medical review – failures that contributed to Taruna’s death. He also found there had been neglect by the hospital.

“Taruna’s family are happy with the Coroner’s conclusions which shows there was considerable neglect by the hospital and its staff. We hope that the Action Plan which the hospital has created (since Taruna’s death) will prevent tragic deaths like this happening again”.