On behalf of Attwaters Jameson Hill posted on Tuesday, May 15th, 2018

The Town and Country Planning team at Attwaters Jameson Hill are supporting residents who are continuing their fight against the proposed site of a new quarry. 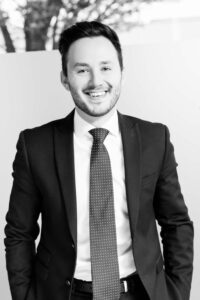 Their support is part of an ongoing battle between planning applicants, RJD Limited, and the Stop Bengeo Quarry group, who have asked Attwaters Jameson Hill for legal assistance.

Initial planning permission for gravel extraction at Bengeo over a fifteen year period (later reduced to eight years) was submitted to Hertfordshire County Council in March 2016.

It would see the opening of a quarry in the picturesque fields between Sacombe Road, Wadesmill Road and St. John’s Wood on the site adjacent to the former Rickneys quarry which was closed more than two decades ago.

Under the first plan, there would be a phased extraction of 1.75 million tonnes of sand and gravel (reduced to 1.25 million tonnes in the second application) for up to eight years by the mineral extraction company, RJD Limited, along with the addition of a mobile dry screening plant, weighbridge, wheel cleaning facilities, ancillary site offices and construction of a new access onto Wadesmill Road.

Thanks to their strong opposition and a two-year-long campaign the residents’ group managed to help convince the County Council’s Development Control Committee to refuse planning permission on 22nd March 2017.

The developer registered an appeal with the Planning Inspectorate and submitted a second planning application, which was again refused planning permission by the Development Control Committee, on Thursday 26th April 2018.

Following these failed attempts an appeal for both of the applications has now gone to a Planning Inquiry that was launched on 1 May 2018 and which is to run for seven days.

The Stop Bengeo Quarry group are concerned that the Planning Inspectorate, depending on the evidence heard at the appeal, could recommend that the Secretary of State for Housing, James Brokenshire, overturn the rejected applications for the quarry.

During this Inquiry, the Town and Country Planning team at Attwaters Jameson Hill, led by Salvatore Amico, has been assisting the Stop Bengeo Quarry group by advising it on the legal aspects of their arguments and procedurally in relation to the matter.

Salvatore said: “This is an ongoing and complex case, which has been hard and well fought by the local residents. Despite the two planning application rejections, there is still a lot of concern locally about this ongoing inquiry and so I am delighted that we are able to lend our expertise to this matter”.

In its previous two considerations of the application, the County Council unanimously rejected the proposal due to concerns over the green belt, as well as concern over the impact on health from potential air and water pollution.

“The grounds for rejection are fairly convoluted and the planning inspectorate must look into all of the objections and the proposals in order to make a decision”, said Salvatore.

“It is here that our expertise in planning law will prove vital to the Stop Bengeo Quarry group, so I hope our support leads to a successful outcome”.

Aśka Pickering, the Chairperson of Stop Bengeo Quarry commented on the Inquiry: “This is a crucial point for the thousands of Hertford residents who support the campaign. The prospect of a quarry in Bengeo Field raises so many concerns for this community at so many different levels but particularly reflects concerns about the unacceptable impact on the appearance, quality and character of the landscape of Bengeo Field. This site is clearly an utterly unacceptable site for any quarrying given its close proximity to Hertford town, and the risks to health and water supply.

“The importance of this piece of landscape has been recognized by the County Council who propose to remove it from the list of preferred areas for gravel extraction in the new MLP. Frustratingly this has yet to be ratified but it does underline the local view of Bengeo Field.

“There has been plenty of evidence provided during the inquiry so far to hopefully convince the Inspector that the County Council’s decisions to refuse Hertford’s urban quarry was right”.