A jury inquest completed this week at Norfolk Coroner’s Court in Norwich recorded a narrative verdict, heavily critical of the Norfolk and Suffolk NHS Foundation Trust, in the disturbing case of a 36-year-old mother with a long-running history of mental health crises.

Though the jury concluded that Katherine Rought-Rought had taken her own life and died of asphyxiation due to strangulation, they said she had not received appropriate mental health care from the NHS Trust, and this was likely to have had a bearing on her decision to take her own life.

The jury added that Katherine’s care plan in the period before her death in June 2016 had been inadequate in both scope and implementation. Her medication regime was mishandled and insufficient notice taken of concerns expressed in consultant psychiatrists’ reports. Involvement of Social Services was not pursued vigorously to help Katherine address her anxieties. 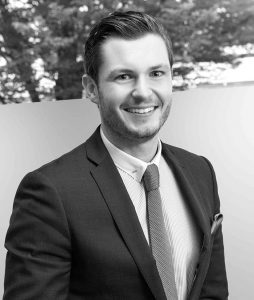 “The narrative verdict highlights a catalogue of failings that had dire consequences, which included leaving a four-year-old boy facing those all-important formative years without his mother”, asserts Craig Knightley of Attwaters Jameson Hill, solicitors acting for the family.

“To summarise the appalling circumstances of this tragic death, on 1 June 2016 Katherine’s partner found her in the bathroom of their Norwich home with a ligature tightened around her neck. She was unresponsive and not breathing. This was the very day on which she had earlier been discharged from the care of the NHS Trust’s Crisis Resolution and Home Treatment Team (CRHT).

“Given her 15-year mental health history, recent low state of mind and suicide attempts in the previous two months, the NHS Trust should have recognised the continued and developing risk of major self-harm”.

Key events in the final weeks of Katherine’s life began in late April 2016, when a consultant psychiatrist reported that she had severe depression and ideation that placed her at acute and high risk of suicide. She was put in the care of the CRHT. Further specialists noted suicidal thoughts and, on 19 May, possible intent to overdose or stab herself.

On 30 May, during a home visit, CRHT noted Katherine’s very low mood, lethargy and suicidal thoughts. Her care co-ordinator and CRHT visited again on 1 June and found her very negative, feeling unable to cope with life and apparently doubting that any mental health intervention would remedy her negative thought processes. Later in the day, her partner found her dead.

“Before the inquest, Katherine’s family quite rightly expressed concerns about the level and appropriateness of the care she received during the last months of her life, especially as she had a young son who was in her care, a long history of mental health issues and recent suicide attempts”, Craig Knightley adds.

“The full circumstances were such that the Coroner’s Court inquest was heard before a jury, under Article 2 of the European Convention on Human Rights. The jurors duly found that in addition to other failings in her care, the failure to undertake a Mental Health Act assessment, that could have led to her being sectioned, following an incident on 29th May 2016, significantly contributed to Katherine’s death.

“These apparent shortcomings are all the more concerning in light of Norfolk and Suffolk NHS Foundation Trust being placed in special measures last year, after its Board failed to address serious concerns expressed in a 2014 Care Quality Commission report that rated it ‘inadequate’. It seems that important lessons had not been learned.

“The safety net of the mental health services simply was not adequate, and Katherine did not receive the care and support that could have made a real difference. Arguably, this tragedy highlights the state of mental health services in England, which require more funding and a thorough overhaul to make sure they are as effective as possible”.