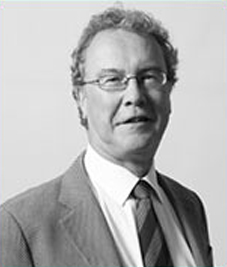 Ours is a department of great experience, which can be used for the benefit of clients. As a firm, it is unlikely for us not to be able to come up with a good idea, plan or strategy on any particular subject. I was told when I was doing my ‘articles’ in the early seventies that our main purpose was to ensure our clients understood that we were shouldering their problems for them, so they could sleep easy in their beds at night – this is something that I know to be true.

In my early days, I was engaged almost exclusively in court work – crime, divorce and injury law. I remember being punched in the nose by one rather angry husband outside the court which I’d acted for his wife. He was the same chap who was alleged in the divorce petition to have pulled off the head of the family budgerigar in front of the children. In his defence he said “I did not pull it off, it just came off in my hands”.

I gravitate now towards dealing with business clients and have less in the way of thrills and spills. I’ve been constantly amazed by the sort of work and challenges that I have been involved in over the past 15 years or so. I acted for one international company and engaged in a series of acquisitions, involving tens of millions of pounds each. That certainly taught me confidence. I also found myself pitted against the intellectual property lawyers for Coca Cola. My client was actually successful on that case and ended up assisting the multi-national giant Coca Cola, who also had to pay my client’s legal fees. On settling the fees, the lawyer for Coca Cola said I was giving my client value for money, and I think we still do.

I went to the Kings school in Canterbury, alongside the Cathedral, and then moved to London University, Kings College, to do a law degree. Soon after taking my professional exams, I was asked to join what was then Attwater & Liell and have been here 40 years since.

Despite originally wanting to be a lawyer because I fancied the idea of wearing a wig, I thrive on the fact that there is always a problem to be solved and each one seems to be different from the one you had yesterday. The end result is tremendous variety and an almost daily sense of achievement.

I am active in the local business community, having held the post of Chairman of the Harlow and District Chamber of Commerce, where I remain a committee member.

I was born and raised on a farm in Ongar, Essex, and now live in Cambridge. I am married with one daughter and two stepsons, all in their twenties and thankfully gainfully employed.  My favourite food is duck a l’orange and my preferred tipple is Chateau Margaux. I enjoy gardening and reading and have a phobia of wasps. My dream job was to be a lumberjack. If I was to visit a desert island and could take one companion, it would be my wife. 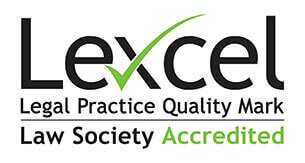